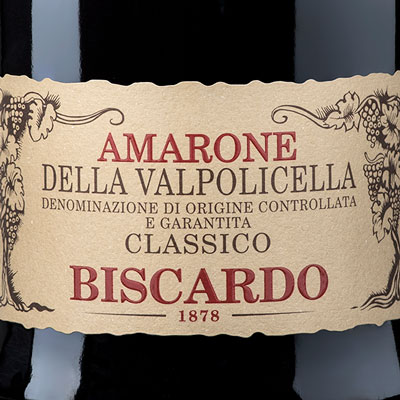 The Corvina, Molinara and Rondinella grapes are the base for the production of the great Verona wines, such as Valpolicella, Ripasso and Amarone, all of which meet great international success.
The vineyards cultivation is on the hill of the little towns around Verona at around 150 to 400 metres on the see level.
The grapes are still hand-picked up and placed in wooden cases, and this is usual made at dawn or at late in the evening, just to avoid the intense hot that the grapes may suffer during the day. The grape picked up during fresh hours, is intact and therefore it doesn’t suffer the skin fermentation during the transport.
Grapes are then allowed to dry to concentrate the remaining sugars and flavors.
Our Amarone  is now produced in special drying chambers under controlled conditions. In Amarone, the quality of the grape skin is a primary concern as that component brings the tannins, color and intensity of flavor to the wine.
The process of desiccation not only concentrates the juices within the grape but also increases the skin contact of the grapes. The drying process further metabolizes the acids within the grape and creates a polymerization of the tannins in the skin which contribute to the overall balance of the finished wine.
The length of the drying process is typically 120 days. The most evident consequence of this process is the loss of weight: 35 to 45% for Corvina grapes, 30 to 40% for Molinara and 27 to 40% for Rondinella.
Following drying, end of January/beginning of February, the grapes are crushed and go through a dry low temperature fermentation process which can last up to 30/50 days.
After fermentation, the wine is then aged initially in stainless steel tanks and successively in small barrels, from 20 to 50 hectoliters.

History
The name of this wine was given to distinguish it from the sweet Recioto, wine from which it was originated.
The legend recites that a producer wanting to do the Recioto with Corvina, Rondinella and Molinara desiccated grapes, forgot the Recioto in the barrels. The wine continued to ferment, all its sugars were transformed to alcohol and it lost its sweetness. For this reason it was named “Amarone” (big bitter).

Soil
The soil of Amarone can generally be distinguished in: brown and red soil on silts or on loam rocks of Cretaceous age; compact red soil on basalt; compact red soil on Eocene limestone. Each valley gives different situations, although there is always a high calcareous concentration, with big stones quantity in the first half metre of the ground. The process consisting in the harvest, vinification and aging, takes place in the typical production area.